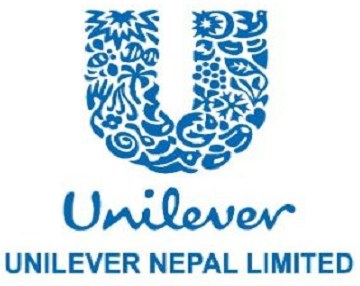 It is an old multinational company which is doing their business with many products and making their branches and product expansion day by day in the large circle. In Nepal, it is selling many products of national production or by importing the international product. Its brand has well valued and has gained the trust of Nepalese customer. As it deals with multiple products, Nepalese do not want to get connected with other for using or choosing the next one. There are many customers who also comment on its product but the huge group is using the product happily.Approximately, it is treated as one of the top largest companies selling over 100 items in every shop.

Unilever product includes Sunsilk Shampoo, Soap, Ice-cream,  Salt and flour, Foods and Beverages, Tea, Coffee,  Milk, Cooking oil,  Lighter, Butter jams,  Soups,  Smoked Sausage, Dove Shampoo,  Surf,  Magnum, Surf Excel, PersilRexona, Sure Degree Shield etc. in large quantities. The company is serving the product services in Nepal from long time  Its products include foods,beverages, cleaning agents and personal care products. The company have drawn good remarks in almost Nepalese community by their  well-known product and have become able to gain the trust and trapped the emotion in their own hands by the influence of products consequences. There are many product which are familiar to most of the groups.  Unilever have  make connected to every   homes by any of their classified products. Unilever Nepal is treated as one of the largest conglomerates in south Asia as it is expanding their  productive and services wings more and more part of Nepal. Unilever is also selling their product in more than 50 country including USA, Germany, Uk, Brazil, India etc.

I think there is only few person who has not used the product of Dabur company and those who has not used the product of Dabur company have surely listen its name. It is popular company across Nepal and India  by their product influences and  reaching in almost every home through any of its company marked product. It is mostly famous for their Ayurvedic medicine and product which is very much useful and beneficial. The company have drawn the shining image in the mirror of Nepal and Indian market. Dabur is very much popular product and  mostly the medicine is used by many patients who mostly trusts on Ayurveda.

Dabur’s ChawYanprash is one of the high qualitative and most deserving product that is supplied and sale in Nepal by hiring the brand ambassador Rajesh Hamal, the Megastar of Nepal. In Nepal, also it has able to made and capture the large market by its product features and quality. The product of Dabur company is especially very much favorable and even affordable by lower class to higher class people. It mostly deals with biotech and Pharma industry.

Dabur has started their business in Nepal by 1989 having prospection relating to manufacturing, fabricating, or processing of drugs in pharmaceutical preparations for human or veterinary use but later on increases its expansions sectors inother relevant fields too. Dabur’s Healthcare Division has over 260 products for treating a range of ailments and body conditions, from the common cold to chronic paralysis dealing and picking out the people from their suffered problem because of the impact of the product released from its hub.Dabur is also one of the top multinational companies of Nepal working the sector of Health, Digestives, Foods, Home care, Personal care Ayurvedic medicines in Nepal and renovating the health of Nepalese people.

It is also one of the top multinational company who is dealing and leading their business in the sector of chemical manufacturing. Mostly, it deals with  supplying of  various chemical to the needy entity and organization which are also doing business related to it. This is one of the most leading company in Nepal without possessing the competition and ruling like monopoly existence. The company is leading their product by making the installation of chemical in battery as well as other sector too. Moreover,it  belongs from USA and having top grade achievement of position and  placement in the eye of people and public.

The company was founded in 100 years ago in 1917 and started doing business by spreading its branches in many country where it gets space to expand. The company has given the jobs to 2400 employees. The company does not sells the chemical only but also relating to the product like  paints and coatings, packaging, wire and cable, household products, personal care, agriculture, and oil and gas. Carbide manufacture or prepares the gas,    pharmaceuticals, automotive, textiles,  oil  such as ethane, propane and giving birth to petro chemical industry. This is also one of the top company and  serving the people of Nepal  by their products that may be paints, oil, gas and other directly or indirectly fulfill their absence in Nepalese market too. It has also made their bases in many European and Asian country by their influences and remarks. In India also, it is growing their business charts long and long and spreading the circle all around the country where it is possible to adjust.

It would be not be wrong if we say Coco-cola is one of the largest beverage company in the world.  Coca-cola has made its different remarks in the mind of customer. Its beverage is found easily in almost every country and every part due to its  easily supplying and roots  establishment. According to the reports and research, 98% of American  drink Coca-cola. Its  tastes is popular all over the world.Nevertheless, there is saying by many people that, its tastes is different according to the country. In developed country, it has superior taste while in developing and undeveloped country it has other tastes.

Turning the story towards the Nepal in the therapy of Coca-cola, it has able to make the Nepalese addict too by its flavor or tastes by giving the slogan ”Chiso Vanekai Coca-cola”, that means cold means Coca-cola.It has ranked its name in the top under the FMCG companied leveling its level in high speed.Coca-cola has able to acquired the large groups mostly the youth by providing the taste of thunder in a different pack from small, bottle to jumbo pack by giving the additional offers and other schemes in its buying.When people needs the breakfast they also add or ask for Coca-cola. Coca-cola is high-level multinational companies which are operating its server in many countries by providing the different tastes in beverages. When people get thirsty, their minds first notice them for Coca-cola.

It is the competitor of Coca-cola and also standing in the Nepalese market with its own taste of beverages. Pepsi is also the largest beverage company which is operating its network from the USA. Pepsi is the substitute of Coca-cola because both are in same version and same color even almost having the same taste. But there is a great difference in Pepsi and Coca-cola as said by the manufacturers. Pepsi has also trapped the huge market and has listed their name under the FMCG  company. The company is also producing the other beverages but the Pepsi has taken the large market due to its high demand due to sweetness in taste. the taste has understood the demand of the tongue of Nepal too.

Pepsi is also one of the largest beverage suppliers of Nepal having the unique version of bottling and packaging and also different schemes. It has also achieved the high reputation in Cola world. It is producing the beverage in many variants like  Diet Pepsi, Pepsi Wild, CherryCrystal Pepsi, Caffeine-Free Pepsi, Pepsi-Cola Made with Real Sugar, Pepsi VanillaPepsi,  Zero Sugar, Pepsi Next, variants are popular according to country basis. Once it was also the situation when the Coca-cola company has given offers to the Pepsi for purchasing it but they declined their offer. They have made their own umbrella in the world of beverages. Thus, it is also one of the top multinational companies of Nepal having their own standard and stamps in the Nepalese market in the sector of beverage. Pepsi has acquired the largest choices of youth who are mostly interested to gettogether with friends and in celebration ceremony.