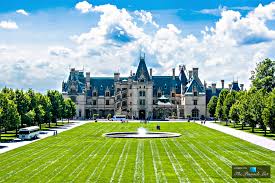 Cornelius Vanderbilt was a famous industrialist who worked in railroads and shipping. He had accumulated the largest fortune in the U.S. at the time of his death, in 1877.

Cornelius Vanderbilt was born on May 27, 1794, in the Port Richmond area of Staten Island, New York. He began a passenger ferry business in New York harbor with one boat, then started his own steamship company, eventually controlling Hudson River traffic. He also provided the first rail service between New York and Chicago. When he died in 1877, Vanderbilt had amassed the largest fortune accumulated in the U.S. at that time. Vanderbilt is deemed one of America’s leading businessmen, and is credited for helping to shape the present-day United States.

Cornelius Vanderbilt was born on May 27, 1794, on Staten Island, New York, the son of Cornelius and Phebe Hand Vanderbilt. His father instilled in him a blunt, straightforward demeanor, and his mother, frugality and hard work. At age 11, young Cornelius quit school to work with his father, ferrying cargo and passengers between Staten Island and Manhattan. Legend has it that at age 16, Vanderbilt ran a two-mast sailing vessel, known as a periauger; the enterprise came with the understanding that he would have to share profits with his parents, who had supplied a loan. Through aggressive marketing, shrewd deals and undercutting the competition—traits that he would practice all his life—he earned more than $1,000 in his first year.

At age 18, Vanderbilt contracted with the U.S. government to supply neighboring outposts during the War of 1812. He learned the art of shipbuilding and navigation in open water. By the end of the war, he had amassed a small fleet of boats and working capital of $10,000 ferrying passengers and freight from Boston to Delaware Bay. He would eventually be given the nickname “Commodore,” which he embraced.

On December 19, 1813, much to the dismay of his parents, Cornelius Vanderbilt married his first cousin, Sophia Johnson. The couple would eventually have 13 children, with 11 surviving to adulthood. As successful as he would be in business, he was a terrible father and husband. A lifelong misogynist who had wanted more than three sons, Cornelius paid little attention to his daughters and is believed to have cheated on his wife with prostitutes. Vanderbilt reportedly had his son Cornelius Jeremiah twice committed to a lunatic asylum. He undertook the same course of action for Sophia at one point as well, after Vanderbilt showed amorous interest in the family’s young governess.

In 1817, seeing the potential in a new technology, Cornelius Vanderbilt partnered with Thomas Gibbons in a steamship business, the Union Line. During his tenure with Gibbons, Vanderbilt learned how to manage a large commercial operation and became a quick study in legal matters. Gibbons was ferrying customers between New York and New Jersey, a clear violation of an 1808 state-sanctioned monopoly given to Robert Fulton and Robert Livingston. Aaron Ogden, who was operating Fulton and Livingston’s business and worked with Gibbons, sued the latter boatman for violating the monopoly. Vanderbilt and Gibbons hired Daniel Webster to defend their position. In Gibbons v. Ogden, the U.S. Supreme Court ruled in favor of Gibbons, stating the Constitution’s Commerce Clause gives Congress the exclusive authority to regulate interstate trade. Thus, it was unconstitutional for the New York legislature to give Ogden exclusive shipping rights.

After Thomas Gibbons died in 1826, Vanderbilt wanted to buy the company, but Gibbons’s son didn’t want to sell. Vanderbilt bought several boats and established the Dispatch Line, running between New York City and Philadelphia. Through aggressive marketing and low fees, Vanderbilt forced Gibbons’s son to buy him out.

Vanderbilt soon became known for his sharp business acumen. During the 1830s, he built profitable shipping lines in the New York region, undercutting competitors’ fares and offering top service. Competitors struggled and finally paid him to take his business elsewhere. He then shifted his operations to the Hudson River, going head to head against the Hudson River Steamboat Association, another monopoly. Capitalizing on the populist language of President Andrew Jackson, he named his service the “People’s Line,” offering cheap fares for all. The Association bought him out for $100,000 and annual payments of $5,000. Implementing this business model several times made Vanderbilt a millionaire.

But wealth didn’t buy Vanderbilt respectability. In the 1840s, he constructed a large but modest family home at 10 Washington Place, in present-day Greenwich Village. But the city’s elites were slow to accept him, considering him uncultured and rough. His handwriting was nearly illegible, his grammar atrocious and laced with profanity. Yet he didn’t care. He despised ostentation, living a relatively simple and disciplined life.

In 1851, Vanderbilt expanded his shipping business, forming the Accessory Transit Company to transport passengers from New York City to San Francisco via the Nicaraguan isthmus. Again, his timing was perfect. The California Gold Rush brought an enormous demand for passage to the West Coast. Though offering a treacherous ride for its users, the Transit Company was a success. By 1852, his competition had had enough and offered him $40,000 a month to abandon his operations. Nearing 60 years old, Vanderbilt was ready for something else. He purchased a large yacht, christened the North Star, and took his extended family on a grand tour of Europe at the cost of half a million dollars.

During the Civil War, Vanderbilt donated his fleet’s largest ship, aptly named the Vanderbilt, to the Union Navy. By 1864, he had retired from shipping, having amassed nearly $30 million in wealth. At age 70, Vanderbilt turned his attention more closely to railroads, acquiring the New York & Harlem and Hudson Line (which ran along the Erie Canal), and then going after the New York Central Railroad. In a ruthless act during a bitter winter when the Erie Canal was frozen over, he refused to accept Central’s passengers or freight, cutting them off from connections to western cities. Forced to capitulate, the Central Railroad sold Vanderbilt controlling interest, and he eventually consolidated his hold on rail traffic from New York City to Chicago. This new conglomerate revolutionized rail operations by standardizing procedures and timetables, increasing efficiency and decreasing travel and shipment times.

During the 19th century, as rapid developments in technology and innovation enveloped society, many Americans sought meaningful forms of spiritual expression. Some gravitated to more traditional religions while others became fascinated with the occult. After his wife’s death in 1868, Vanderbilt sought the help of the Chaflin sisters, two mediums who claimed they could bring forth the spirits of the deceased. His family however was not impressed and feared their father would fall victim to charlatans. They introduced him to a distant female cousin, Frank Armstrong (so named due to a promise her parents made to name their first child after a family friend), his junior by decades, who became his second wife.

In 1871, Cornelius Vanderbilt financed a monument to his empire: the Grand Central Depot. The terminal for the New York Central Railroad was constructed with features like elevated platforms, a glass balloon roof spanning all of the tracks and boarding areas only accessible to the passengers. At the city’s insistence, the tracks were submerged below street level to reduce noise and smoke.

Towards the end of his life, Vanderbilt had no plans to pass along his fortune to charity. He had lived most of his life in relative modesty considering his stratospheric wealth. He sole extravagance seemed to be buying race horses. However, in 1873, his wife, Frank, introduced him to the Reverend Holland Nimmons McTyeire, who asked Vanderbilt to help him fund a Methodist University in Tennessee. Discussions went on for several years and by the time of his death, Vanderbilt had promised a gift approaching $1 million for what would become Vanderbilt University.

In 1876, Cornelius Vanderbilt became ill and began an eight-month death march. In keeping with his pugnacious personality, he was a horrible patient, raging at his doctors, calling them “old grannies” and at one point leaving his death bed to lecture reporters who were standing vigil outside his house. He died on January 4, 1877, presumably of exhaustion, brought on by complications associated with intestinal, stomach and heart disorders, which may have also been connected to syphilis.

In his will, he left  $90 million, the bulk of his estate, to his son William Henry, who worked in his father’s business, and $7.5 million to William’s four sons. His other son, the sickly Cornelius Jeremiah, received a $200,000 trust fund. His wife and daughters allegedly received amounts ranging anywhere from $200,000 to $500,000 and property and stock.

Today, it is estimated that Cornelius Vanderbilt would have been worth more than $200 billion, if calculating his wealth with the nation’s gross domestic product in 1877. This would make him the second wealthiest person in American history after Standard Oil co-founder John D. Rockefeller. Among Vanderbilt’s descendants are fashion designer Gloria Vanderbiltand her son, television news anchor Anderson Cooper.