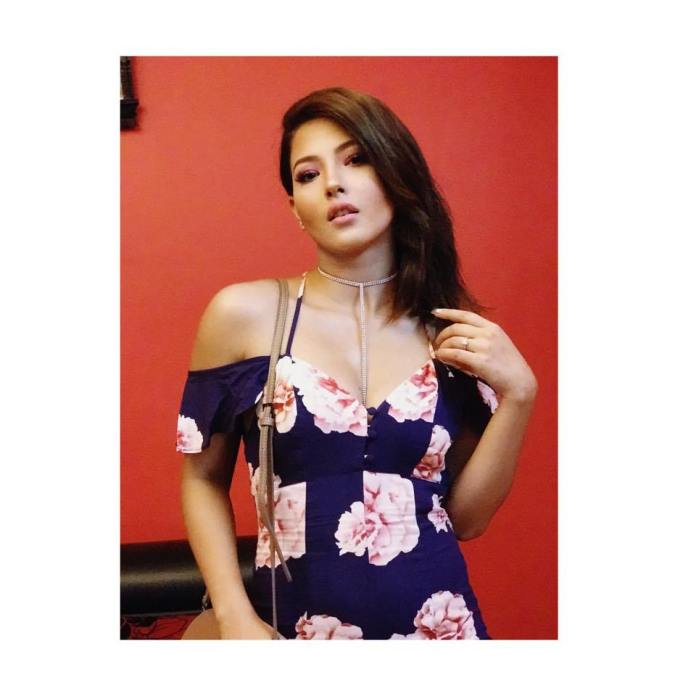 Who are the Current top 10 hit actresses in Nepal? Nepali cinema also referred to as “Nepali Chalachitra” or “Kollywood” precisely doesn’t have a long history. Kollywood kicked off in the early 1950s and has built a good impression on the audience since the past couple of decades. This industry mainly flourished since the 1980s which are also known as the golden era for the Nepali film industry.

Since the industry has made its way up to till date, many actors and actresses have been able to showcase their talent in the field of acting. Numbers of actors have made their career in this industry; while some have now quitted the film industry, there are many aspiring actors who have been able to win the hearts of Nepalese people with their amazing acting.

Here is the list of current top 10 hit actresses in Nepal:

#1 Priyanka Karki: The 31-year-old actress, former Miss Teen, VJ, model, singer, and dancer is one of the top most famous celebrity in Nepal. She is best known for her versatility she shows in the roles or characters in her movie. Karki started her career as a VJ in 2006 after winning the title Miss Teen in 2005. After that Priyanka then started acting in movies in 2012. In the past six years, she has been able to win the hearts of millions of people not only through her acting but also through her singing.

#2 Samragyee Rajya Laxmi Shah: The 23-year-old hot diva in the town has won the hearts of hundreds and thousands of guys with her stunning looks. Shah is an actor and a model also was a runner-up of the “Face of Diamond” at the Classic Diamond Jewellers. She started her acting career in 2016 with her debut movie “Dreams” starring Anmol KC. She won three best new actor award for her debut movie.

#3 Annapurna Sharma: The 23-year-old actress is best known as Anna Sharma among her fans. She persuaded her acting career at a very young age and didn’t disappoint the audiences. She gave her best in her debut movie “Jerry” in 2014 that starred Anmol KC as her opposite. Many people loved her performance in the movie. She also won the best debut actor award for the movie, Jerry.

#4 Shristi Shrestha: The 28-year-old actress, model and the Miss Nepal 2012 has been a heartthrob for thousands of Nepali youths. After giving her best in the Miss World 2012, she persuaded modeling career in a music video of the song titled “Kabhi Jo Badal Barse” which is sing by a famous Indian singer Arijit Singh. Later, she began acting in 2016 with her debut movie “Gajalu” starring Anmol KC.

#5 Namrata Shrestha: The 33-year-old actress is well known for the romantic role she plays in her movies. She is also a model and has been featured in many of the magazines in Nepal. She started her acting career in 2008 from her debut movie “Sano Sansar” as a character Reetu. Since then she has done a dozen of movies and is loved for her movies starring Aryan Sigdel as this reel couple is loved by many Nepalese people.

#6 Keki Adhikari: The 28-year-old actress, a professional model has been able to win millions of hearts through her amazing acting skills and her chubby looks. She started off her career in music videos before giving a shot in the movies. Her first movie was released in 2010 named “Swor” as an opposite to Raj Bhallav Koirala. She is one of the most learned actresses in our film industry. She has been able to win the Critics Award in 2016.

#7 Prakriti Shrestha: The 25-year-old actress became a hit in the industry after her music video “Ko Hola Tyo” was loved by many people. She is also a runner-up of the show Mega Model season 2. After her success, she has featured in many magazines as well as music videos. She began her film career in 2013 in an Anmol KC movie, “Hostel”. After her debut movie, she has acted in numerous short films and films.

#8 Reecha Sharma: The 30-year-old VJ, model, and actress is known as one of the actresses to have amazing acting skills. She is capable of portraying the character in a justifiable manner which no other actors can possibly do. She started her acting career with her debut movie, “First Love” in 2010. After that, she has acted in other numerous movies.

#9 Pooja Sharma: The 26-year-old actress and an ex-journalist, Pooja Sharma made a hit in the Nepali cinema after her movie “Prem Geet” starring Pradeep Khadka. Her debut movie is 3 lovers with Priyanka Karki whereas her first movie as a lead role is “Madhumash”. After her hit, “Prem Geet”, she was loved by millions of people.

#10 Rishma Gurung: The 27-year-old actress won millions of heart after her role as “Maiyaa” in the movie Kabbadi in 2013. Before this movie, she starred in two other Gurung movies. She has then acted in the sequel of the movie “Kabbadi”, “Kabbadi Kabbadi”. Her last film was “Jhumkee” which released in 2016.