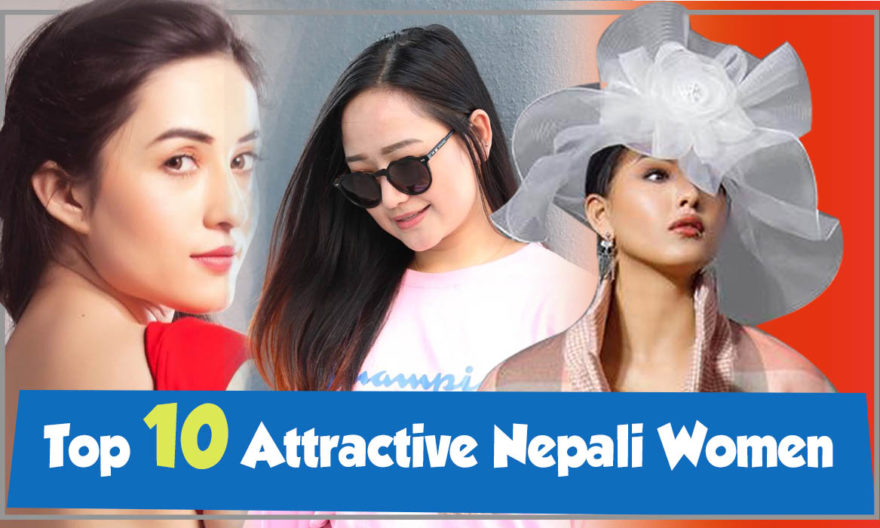 Shrinkhala Khatiwada grabbed the no #1 spot of Most Attractive Women of Nepal in 2075. She has been in the limelight since she won the Miss Nepal World 2018. She is an architect by profession but after crowning Miss Nepal Title, she has been representing Nepal in international beauty pageants. She has won the Multimedia Award and Beauty With the Purpose while making the list of final 12 contestants in Miss World 2018 held at Sanya in China.

Her beauty with the brain attracted the audience to get on the top of the Most Attractive Women of Nepal in 2075.

Priyanka Karki comes in the no 2 rank in the Most Attractive Women of Nepal in 2075. She is one of the busiest actresses in Nepal. Engaged in different films, music videos, advertisements, and also Social Works. She is Miss Teen 2005 Winner and a versatile actress, VJ, Anchor, Producer, Choreographer, Mode, and Dancer.

Dreams debut girl Samragyee RL Shah is in the 3rd position in Most Attractive Women of Nepal in 2075. In 2016, her debut movie Dreams in opposite to Anmol KC  drew the blueprint of her glamorous career. Her unique personality, sexy figure, and talent made her publicly noticeable.

Himani Shah is a former princess of Nepal. Himani is the chairman of Himani Trust, which takes part in different social welfare activities. It works with local communities and organizations to build schools, infrastructure, providing clean drinking water and irrigation facilities. Her slim and attractive body, killer smile and charming personality made her making the position in the Most Attractive Women of Nepal in 2075.

Kri Actress Aditi Budathoki is one of the sexiest actress in Nepali film industry. Although she has not been featured in many films, her looks is always in the limelight. She has been residing in Mumbai She he vegetarian and also keeps herself fit as always. She has good sense of dress as her mother is fashion designer.

Namrata Shrestha has got unique charm in Nepali glamorous field. Many celebrities are inspired by her personality. She has debuted in Nepali movie industry from “Sano Sansar“. Her cute looks and talent lifted her in Most Attractive Women of Nepal in 2075.

Shristi Shrestha is title holder of Miss World Nepal 2012. Her charming looks make her publicly noticeable. She debuted in Nepali movie industry from “Gajalu”. Her appearance in unplugged Bollywood Music Video rose her fame even in the India and across the world.

She is famous for her dance movie while singing. She is also called Nepali Shakira and Stage Queen. Indira Joshi is famous not only because of her voice but also because of her sexy figure and stage performance. That is why she is She was judge for Nepal idol season 1 and Season 2.  She came into Nepali Music industry from “Nepali Tara” singing reality show.

Melina Rai is the most popular playback singer now. As of February, 2019 she has sung more than 1200 songs. She famous for her sweet voice as well as her charming looks. She is also one of the most beautiful Nepali singers. She is known as “Melodious Star” of Nepal.

Aanchal Sharma has own craze in Nepali glamorous industry. She is Miss Plus 2 2015 who debuted in Nepal movie industry from Nai Nabhannu La 4. She is doing her BSW and at the same time she is leading her modeling career. Because of the cute some, attractive personality, she made a position in the Most Attractive Women of Nepal in 2075.