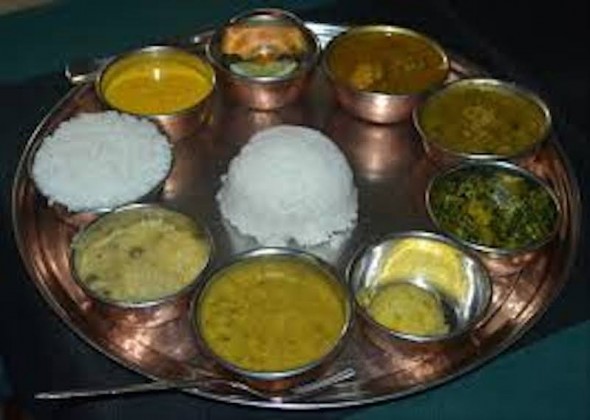 Nepal is a beautiful country with stunning landscapes, rich culture, kind and hospitable people and epic trekking trails. But you knew this already. Here are 10 lesser known facts about Nepal that make this country all the more special.

This Tibetan style dumpling, filled with meat or vegetables, is one of most popular foods in Nepal. Nepalis love them so much there are even annual mo:mo eating competitions to show who can chow down the most mo:mos in one minute. The current Kathmandu record is an impressive 33 pieces.
What’s yours?

While many foreigners wouldn’t dream of honking a car horn unless someone commits a heinous traffic offense, Nepali drivers use the horn as a sonar to avoid accidents on the perilous roads. The constant chorus of honking horns takes some getting used to. But you’ll learn to love it, especially when you have your turn in the driver’s seat.

When visiting Nepal, don’t forget to bring a hearty appetite. Dal-Bhat, a traditional dish of rice and cooked lentil soup, is the staple food of Nepal and a gigantic portion is enjoyed at least two times a day.

4. A LAND OF MANY TONGUES

For a relatively small country, Nepal has a very diverse population with over 80 ethnic groups. While the official language is Nepali, only 44.6% of the population actually speak it. The rest use one of the other 123 languages spoken in Nepal.

5. BEING CALLED FAT IS A GOOD THING

If a Nepali ever calls you fat (and you should prepare yourself for this very likely event), take it as a compliment. In Nepal fat is a euphemism for healthy. If you are eating well, you are probably doing well financially too.

6. A COUNTRY OF MANY RECORDS

Besides being known for its breathtaking vistas Nepal also holds some impressive world records. Like, for instance, the tallest mountain in the world (Mt Everest 8.848m), the deepest gorge (Kali Gandaki, 1200m) and the highest lake on earth (Tilicho Lake, 4,919m).

Nepal doesn’t have an independence day as (perhaps thanks to the protection of the brave and fierce Gorkha warriors) it was never colonized by former superpowers.

Nepal is home to some of the rarest species in the animal kingdom. Like the one-horned rhino, the bengal tiger, the snow leopard and, um, let’s not forget the mysterious Yeti. Legend says that the mythical creature roams the remote mountain ranges of the Himalayas. While several expeditions have been dispatched to find evidence of the Yeti, there is to this day very little proof of its existence.

Back in the days before highways came to link Kathmandu with India, the only way to get to the capital was by foot or air. Motor car loving Nepalis therefore resorted to recruiting porters to carry cars from the Indian border, over the mountains and on to Kathmandu. Some cars required up to 96 porters to negotiate the steep trails!