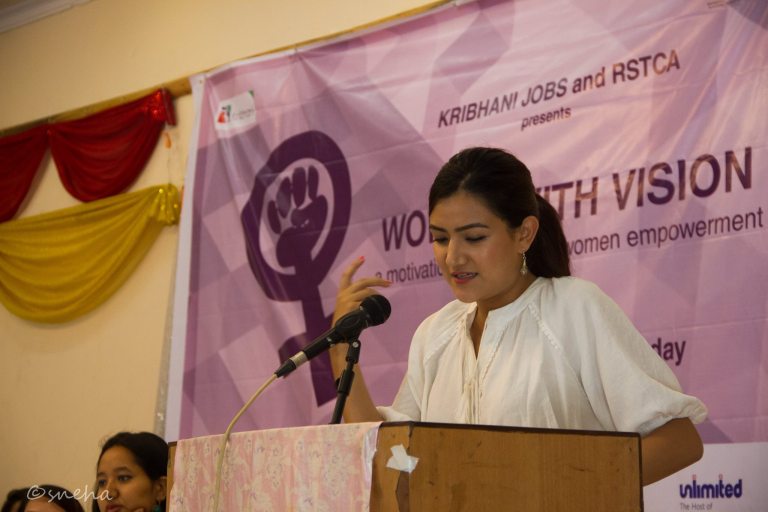 Similarly, Khadka, the other visionary woman in the programme shared her experiences from school days to reaching the position where she is now.

â€œAs a child, and been to a girls-only-school, I was very shy and was among those few who hardly participated in any activities. But, after I joined college, I got to represent the whole batch of students toÂ give a speech amidst the orientation programme. That moment changed me,â€ she shared. â€œLater, in the inter-college Olympiad organized in Budhanilkantha School, I won a gold medal, the first gold medal in my entire life. There wasÂ no turning back in my lifeÂ then after.â€

Saying that we have always been settled for less, she encouraged all the participants in the programme to be the best version of themselves.

In the programme, she also shared her journey into the Miss Nepal 2012 as the youngest participant, at the age of 18 years and being crowned as the Miss Nepal Earth (second runner up) in the competition, and also the owes of working in the field of media, as a presenter of a TV show.