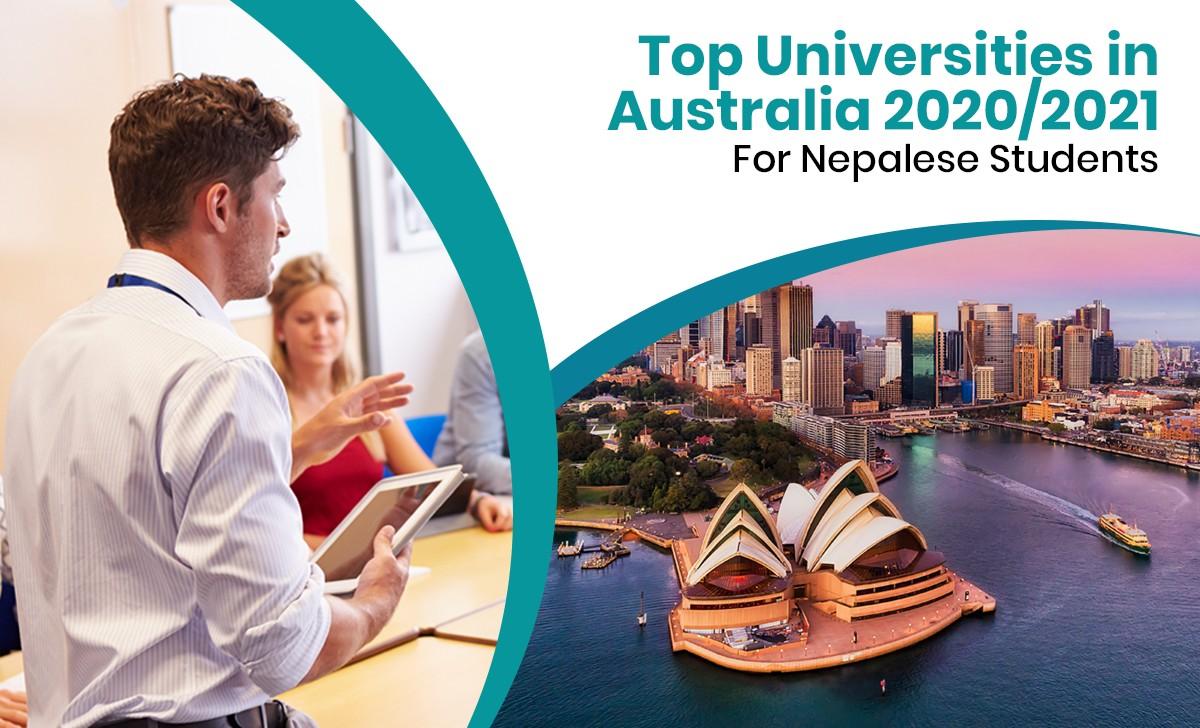 After confirming your study destination, there arise questions about the most viable education provider for you. Since the right choice of universities and colleges plays a crucial role to establish a better career, it is an important decision you have to make. Hence we have shortlisted some of the best universities in Australia for you to choose from which includes:

A public research university based in Melbourne, Monash University is ranked 55th in the QS World University Rankings 2021 and is the second oldest university in the state of Victoria. The University is a member of the reputed Group of Eight(Go8) Universities, renowned for the career-focused degree, international research collaborations, excellent academic records, and greater graduate outcomes. Most of the courses offered here are top-ranked in the world including courses from disciplines like art and humanities, engineering technology, life science and medicine, social science, and business management.

Curtin University, based in Perth with its international campuses in Dubai, Singapore, Mauritius, and Malaysia, is recognized for its strong industry connection, innovative courses, and groundbreaking research programs. It is ranked in the top 1% universities worldwide and has achieved five-star ratings in the overall experience, starting salary, teaching quality, learner engagement, and learning resources (Good Universities Guide 2021). As in the QS World University Rankings by Subject 2020 Curtin is ranked

UniSA is the largest university in South Australia based in Adelaide with its five different campuses present around the state. It is ranked in the World’s Top 50 Under 50 (universities under 50 years old) by both the QS World University Ranking and Times Higher Education. The university is also highly ranked for student satisfaction and graduate employment. As the courses here are designed with a strong professional emphasis and in partnership with different leading industries, the university offers a real-life approach to teaching and learning.

Murdoch University, a member of Innovative Research Universities Australia, is based in Perth and has international campuses in Singapore and Dubai. With a better student support system and scholarship opportunities, Murdoch University is one of the preferred education providers among Nepalese students. Here the students pursue new ways of thought and make a real difference in their career with guidance from leading researchers and industry experts. The university is also ranked amongst the top 100 young universities in the world.

The University of Tasmania is the only university located in Tasmania state of Australia with its campuses in various cities including  Hobart, Launceston, Burnie, and one in Sydney. UTAS is Australia’s fourth oldest university which has received more teaching awards than many other universities in Australia. The university offers more than 250 undergraduate and postgraduate degrees to around 38,000 students together with 4,400 international students.

The University of Wollongong, ranked number one university in New South Wales by QILT 2020, is based in the coastal city of Wollongong about one and a half hours away from Sydney city. It also has many other national and international campus locations. UOW is one of the only two universities in Australia to receive the 5-star rating in all the student experience major. This implies that the university is likable to focus majorly on providing all the required support to its national and international students.

CSU is a multi-campus public university with its campuses around Wagga Wagga, Albury-Wodonga, Canberra, and regional areas in New South Wales. The university also provides its services through the study centers in Sydney, Melbourne, Brisbane, and Wangaratta, and other specialist campuses. It is known as the largest regional and online university providing distance learning facilities to many of the students. If you are willing to study courses related to computer science, information technology, social work, and veterinary science CSU is the best education provider for you.

Macquarie University is a Sydney based university renowned for its excellence in interdisciplinary research, international recognition, highly skilled graduates, and first-class facilities. The university is ranked within the top two percent of the universities worldwide. Macquarie University offers the Global Leadership Program(GPL), a University-funded co-curricular program that is open to all students and can be undertaken alongside any degree at the university. In addition, the offering of the courses with competitive fee structure and attractive scholarship opportunities makes this university as one of the preferred education providers in Australia.

Griffith University with its five campuses around Queensland has been providing the globally recognized undergraduate, postgraduate, and research programs within its 49 years of history. The pioneer university to introduce the environmental science degree in Australia, Griffith is ranked within the top two percent universities globally. As in the Global Ranking of Academic Subjects 2020, Griffith University is ranked top 10 worldwide for Hospitality and Tourism Management, Marine/Ocean Engineering, Nursing, and Midwifery. Other highly ranked courses include computer science and engineering, geography, water resources, and many more.

The University of Canberra, one of the two universities in Canberra, Australian Capital Territory(ACT), is now ranked top ten among Australia’s best universities with its impressive rise in the world ranking in recent years. It is also a top 1% university worldwide and one of the world’s Top 20 Young Universities. As the number one university in ACT for full-time employment and starting salary for undergraduate and postgraduate students over the past 3 consecutive years, UC has proved to be the best university option in Canberra for international students.

Established in 1994 AD, Southern Cross University has made it possible to be included within the world’s top young universities list in a short time period. The university is ranked among the top 150 universities in the global Times Higher Education Young University Rankings and the QS World Rankings. Providing education services to the students from its campuses at Northern New South Wales(NSW) and the Southern Gold Coast, the university is recognized as the number one university in Australia for international student support.

With its main campus in Rockhampton and other campuses in many other cities in Australia, CQU is the largest university-based in the regional area. CQ University is ranked as the top education provider in Australia for graduate outcomes in the field of engineering, architecture, and social work courses according to Graduate Career Australia (GCA). Most of the courses here are designed alongside the industry partners benefiting the students with hands-on experience, practical project-based learning, and industry placements.

With these, we have tried to include the most preferred universities from each state and territory of Australia so that you could have a clear framework about the universities at your preferred location.